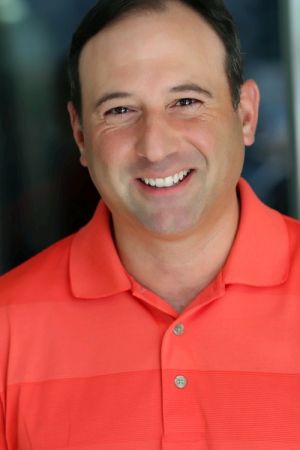 “What draws people to Rob, at first, is his easy-going, cheerful charm. What sustains our interest in him, both as a person and an actor, is his depth and complexity. He combines integrity, artistic intelligence and the ability to be really funny and really sad simultaneously. You say to yourself, "Well, this guy is really efficient, all business," and then you go, "but he really cares, he's really sensitive." I like teaching/coaching him because he really wants to do the work - whatever it takes - and he makes me laugh!”
Caroline Thomas, Total Theatre Lab"

Probably the best commercial ever that was the result of a contest entry. This spot gets far funnier than the concept should have you believe possible, 100% due to the performances of the actors involved."
Superbowl-Commercials.org (concerning 2012 Chevy Happy Grad Commercial)"

There were plenty of candidates (Seinfeld for Acura, Ferris Bueller for Honda), but I LOVED Chevy's Grad spot. Plus, this was a contest entry, meaning it didn't cost much and features no-namers who nail it."
WT411.com

"I've been meaning to ask you if you'd consider the lead role in our new production. I actually wrote the role with you in mind."
Raffaele DiBacco of DiBacco Films -- Writer of new feature film "One"

Erick Kaslov --  Writer and Director of "Her Name was Samantha"

" I have known Rob for 2 years now, and he books more work than anyone I know! A consummate professional, Rob is one of the easiest people I know to work with"
Susan Berkley, president/producer -- The Great Voice Company, Inc.

Thank you so much for coming. . . . It was just great having you on set and its too bad we didn't get to chat more. . . . I will call you again for future projects. . . . If you are interested and have time, we'd love to have you back."
Gigi Dement -- Oscar Winning Producer, New York

"As someone who's suffered from related types of [psychological] issues for years, you nailed it."
Fan of Film "Home/Sick"

"I was given your audition tape and after close consideration, I'm pleased to offer you the part of George.  Your monologue was fantastic  The performance was subtle, but intuitive and conveyed the heavy emotions I was hoping for."
Brandon Taylor -- Director of "Luminosity"

"You were fantastic in [my play]. In a role that would be easy to over-play, you hit it just right."
Michael R. McGuire -- Author of "It Comes From Beyond"

"I just wanted to express my absolute delight at working with both of you and how terrific your performances were last night. I hope we can continue to work together and create more magic."
Ron Barenburg -- Writer of off broadway productions; "Assaulting a Vagina", "Tables" and "Downsized"

"Great session!  You are easy to direct and fun to work with."
Bobby Holder -- The Actors Project, NYC"

"Rob Sciglimpaglia is a director's dream actor. Not only does he give a great performance and take notes seriously while offering his own input into aspects of the script and story, Rob is also highly dedicated to the film, always giving 110% into the project, whether it's staying an extra hour on set to get the last scene shot or traveling a far distance to the shoot location, arriving even earlier than scheduled, ready and willing to work. He always had a positive attitude and clicked perfectly with the other cast and crew members on the set. And for all of that, I not only feel privileged have gotten the chance to work with Rob but I also look forward to hopefully working with him again on future projects."
Danny Pytell -- Writer and Director of "Home/Sick"